Adorado is a proven sire of top-class show jumpers!
As a young stallion he was one of the most successful jumpers in Belgian history. This made him particularly popular with breeders and in 2010 he was the most used stallion in the Belgian Warmblood. He continued to confirm his qualities by also achieving success at the highest level and by being part off the Belgian team. He is no longer active in sports, but his descendants are taking over with CSI5 * performance.
°2002 - 1.68m - Approved for BWP, Hannover, Selle Francais

Exterior
Adorado has a particularly noble appearance. The head-neck connection is fine and provides easy control while riding. With a good shoulder position and a strong back-loin connection, he is an excellent sport horse. His legs are dry and correct on the hard surface. The combination of these factors is important for breeding showjumpers.
Character
Adorado has a very good character. He is very easy to ride in the presence of other horses. He learns very quickly and is always very concentrated during work. Adorado is brave during the course, yet he has a lot of respect for the obstacles. He is always very quiet in the stable. In summary, Adorado has all qualities of a good top level jumper.
Jumping skills
His jumping is characterized by great flexibility, a required characteristic for the highest level. With a strong and balanced canter he manages to jump the obstacles with great conviction. His respect for the obstacles and his good technique also led to spectacular jumps. 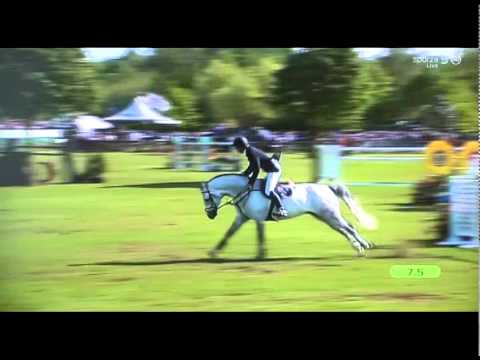 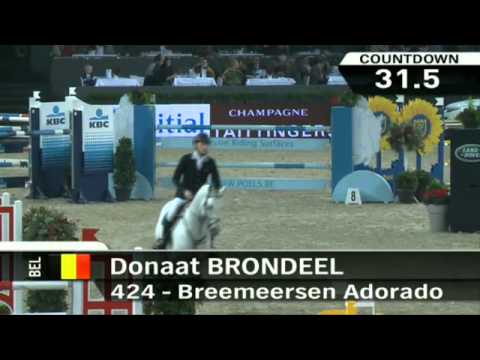 Adorado 3th @ Sires of the World CSIW Mechelen
Adorado comes from a combination of Holsteiner and Hanoverian blood that ensures excellent jumping qualities.
His father is the Holsteiner stallion Acorado who did his Stallion test (100-day test) in Adelheidsdorf in 1997. He achieved fourth place in dressage and first place in jumping. With an index of 145.67 points he became 1st of all participating stallions in total. According to the FN 2003, he has a particularly high breeding value estimation for jumping 150 (0.89). Acorado also has a particularly high index for jumping of 158 in Hanover (Jahrbuch Hengste 2005), which puts him in fifth place in the top jumping list. At the age of nine he already received several international classifications: 10th place in the 1m50 GP of Hengelo 2003, 4th in the country prize of CSIO **** Zagreb 2003 and 12th in the GP of CSIO **** Zagreb 2003. In 2003 this passed away nine-year-old jumping talent due to a very miserable and irreparable injury during his training.

The mother of Breemeersen Adorado is GLÜCKSFEE. She was included in the Hanoverian Springpferde Program and classified in the M / B (1.30m) class (in Germany) when she was six years old. Before that she gave some foals and went back to breeding at the age of 7. Glücksfee's father is GLÜCKSGRIFF, who was the Sieger stallion in Hanover in 1989. In proportion to the number of offspring, many of them are active, both in dressage and jumping. His father Glucksstern comes from the dam's line of Shutterfly (Wiesenfreude is the mother of Glucksstern and the great-grandmother of Shutterfly). Gluecksgriff himself comes from the damline of Lugano I and II.
The mother of Glücksfee is ANTHEA who also gave birth to some other remarkable jumpers. The best known is EDGAR (by Espri) who won prizes of € 24,543 in class S and in country prizes with Heinrich-Hermann Engemann. He then moved to the USA and won Grand Prix with Olympic medalist Joe Fargis including 2nd in $ 50,000 Culpeper GP 2004, 1st in $ 175,000 Cargill GP 2003 in Oaks Blenheim and 1st in $ 75,000 Tommy Bahama Florida Open.
In the maternal line of Adorado there are still a few relatives with special exterior and sport performances:
- GOLDFEE (Pilot x Goldperle): classified in jumping class S (1.50m).
- GRAND PILOT (now EUROCOMMERCE PENNSYLVANIA) (Gambrinus x Goldfee): Approved stallion in Bayern and classified at seven years in class S (1.50m). He is currently jumping under the saddle of Gerco Schröder (2009: including 2nd GP Leipzig).
- EXPLOSIV (Espri x Gabriela = Goldperle's full brother): internationally successful with Hugo Simon (ao victory in 1m50 CSIO Linz 2002, win in derby CSI Vienna 2001, 1st CSI Frankfurt 2002 hunting course 1m50, 2nd GP 1m60 Munich 2001). Winsom in Germany: 98027 euros.

Adorado retires from the sport

Approved stallion for the Belgian Warmblood.

Approved stallion for the Hannover studbook. 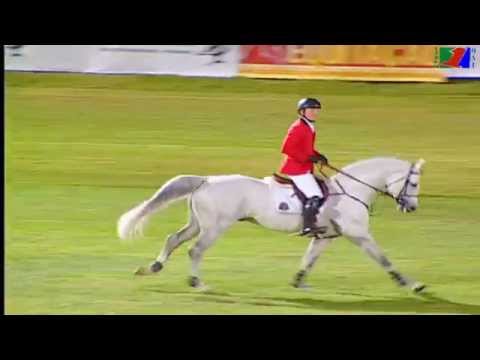 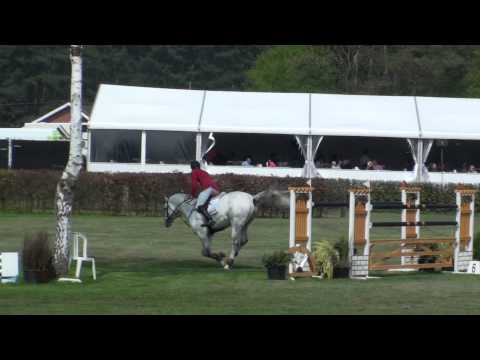 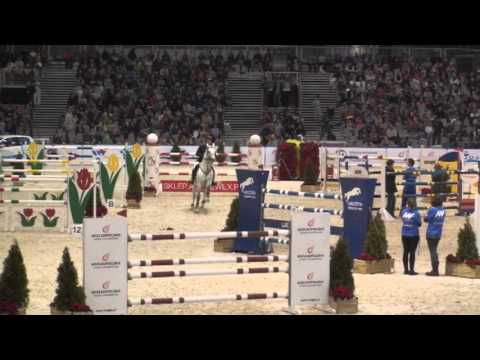 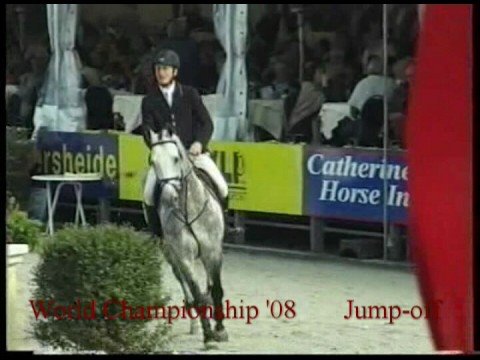 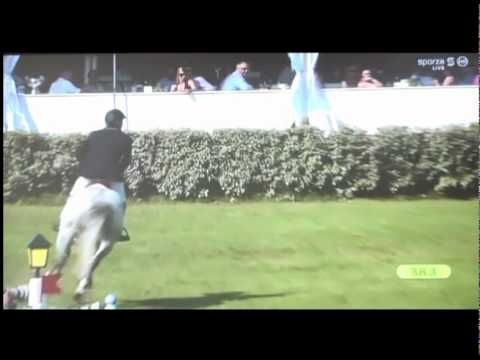 Intervieuw about Adorado in the CAP magazine 2008

Interview about Adorado in Equitime 2008

Article about Adorado in the Haverklap pagina 1

Article about Adorado in the Haverklap pagina 2 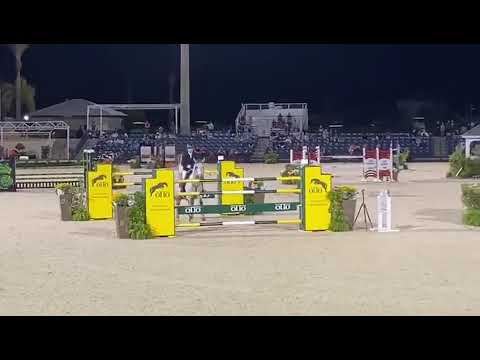 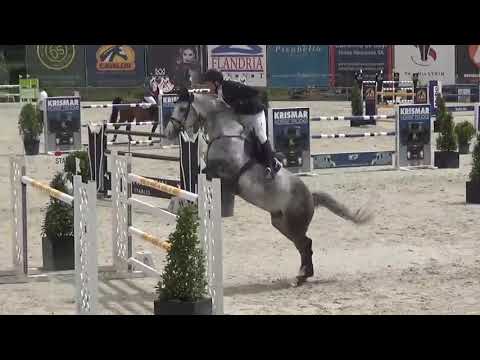 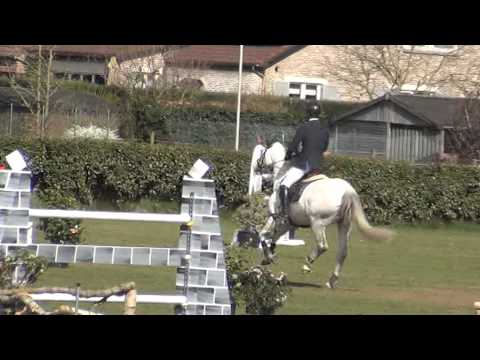 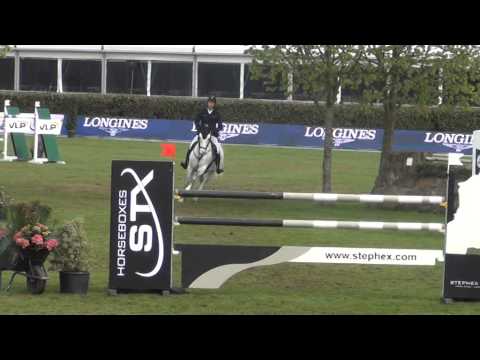 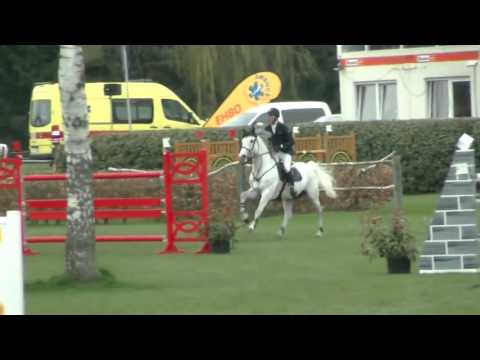 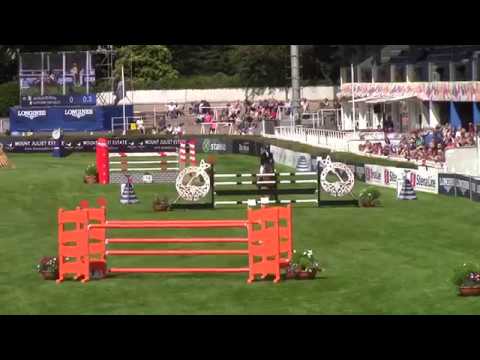